The Neighborhood Comedy Theatre performs over 300 shows a year. We’ve got something for everybody. Come by and check out any of our hilarious and spontaneous improv comedy shows! The Main Street Comedy Show is a delightful mix of storytelling and improv comedy that you do not want to miss! Each show features a guest Storyteller, who will delight and amuse the audience with anecdotes that the performers will use to  inspire spontaneous comedy!

Previous Guests have included the mayor of mesa the former mayor of Tempe, Broadway actors and even a ventriloquist

Do you know someone who would be a great guest for this show? drop us a line 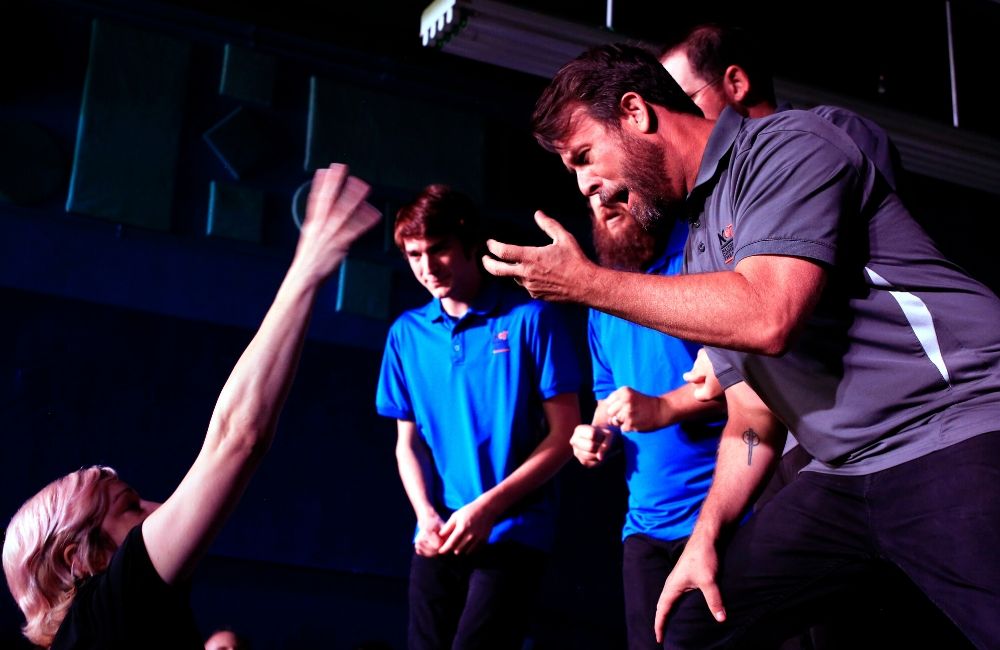 Looking for an exciting, unique and totally hilarious night of comedy? The Neighborhood Comedy Theatre’s Saturday night Competitive Comedy show is just the thing! And guess what, they happen EVERY Saturday!

No two shows are ever the same! YOU (the Audience!) get to shout out suggestions, challenge the performers, and decide which team of comedians is the funniest!

The best part? the 7:30pm Competitive Comedy show is ALL AGES, and perfect for All Audiences.

Hilariousness awaits at the Neighborhood Comedy Theatre! The Improv Comedy Show is fast paced, interactive and never the same twice!

The Last saturday of the month the Neighborhood Comedy Theatre’s always incredible improv comedy gets “SLIGHTLY Uncensored” at 9:30pm. How bonkers does it get? Well….SLIGHTLY bonkers… This interactive improv comedy show is always totally fresh and completely spontaneous. No two shows are ever the same because they are all based on YOUR suggestions!

Hello There Friends! We thank you for supporting these efforts as we endeavor to keep the laughs going responsibly! Responsible laughing… the wave of the future!

As of March 2022 Masks are OPTIONAL

NCT is taking all possible precautions. However, it is impossible to eliminate any and all risk. By attending an event your party agrees to volintarily assume all risks related to COVID-19 exposure and to reschedule reservation if you’re not feeling well for any reason.